March 20, 2019
In order to show more about the compositional process, I wanted to spend some time taking readers though my thought process while writing the different pieces in the emotions suite.  For this article, I wanted to talk a bit about how I arrived at the decisions for different parts of the piece.  If you haven't had a chance to hear it yet, you can check out the video on my YouTube channel!!  (Shameless plug included today)

After this came the more nitty gritty work:  how do I create my emotion?  I already had decided that the piece should have a warmth and that it should be appropriate for calm settings.  To give it more of the calmness I had been hoping for, I decided to create static lines in the beginning.  This was to take away too much sense of motion which might create the kind of excitement that was the opposite of what I wanted to portray.

I also wanted to create a unifying motive that could be used throughout the piece.  I pictured a lazy day with butterflies flitting about, and I came up with the octave jump motive you can hear at about 6 seconds in.  This starts on the 5th scale degree of B-flat, and ends on the 3rd, giving it a more hopeful yet expectant sound.  I used the piano with a soft entrance, and then the next entrance at 10 seconds with bells and vibraphone that both have a warm sound.  This gives a kind of echo effect that persists through the beginning, as if you are in a large, quiet, and reverent space, such as a cathedral.

Since a lot of the first idea is on all one chord, I changed chords at around 21 seconds with the lowest entrance of the echo theme.  This gives it a little bit of coldness for a moment, almost like a breeze blowing through the trees.  I also took the original motive and stretched it a little longer to create more anticipation going back into the B-flat chord that comes in at 34 seconds.

Throughout this opening, I keep the orchestration a little lighter to give a more distant feeling.  The orchestration slowly fills out to help create a closer and a more warm overall feeling.  This happens at 56 seconds.  The harp in the section I feel has a very calming effect. At 1:44, I added the oboe to give an even more warm feeling with a new counter melody.  Underneath this in the vibraphone is the harp idea from earlier but in diminution to give a little more feeling of soft motion underneath the oboe.

With the bells and flute at 2:00, I introduce a slight playful element, like a butterfly flitting by and fluttering off.  The flute and oboe then continue until 2:26, reintroducing the original octave jump motive.  I slowly turn the orchestration lighter so that it matches the beginning orchestration and sound as well as the same notes.  This allows the song to loop over again (which happens at 2:32) since this piece is intended to be used for a video game.  Since the intention of this song is to have it be loop-able for quite a while, I also used the differences in fuller or lighter orchestration, more or less motion, etc. to make it interesting and engaging to listen to for a long time.

This and other music files will soon be available on the Unreal Engine marketplace!  Keep an eye out for this piece and others in the Emotions Suite.
Free Music Download How to write music Music Theory 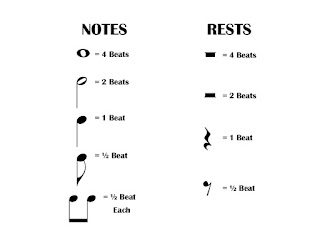 Since taking over a small private orchestra program for youth, I've expanded the repertoire and the original philosophy.  I'm excited to announce that this coming school year I'll be launching the class with this updated philosophy and with a new name:  the Da CAPO Youth Program.  This stands for the "Collaborative Artist's Progressive Orchestra."  The overall philosophy is to collaborate together to create better music and better artistic experiences.

You can check out the new Da CAPO page at the following address:

You can also check out the resources for the class at the following address:

I'm very excited for the changes that are coming this school year!  More chances to work with local music students and art students in general, as well as professional musicians, dancers, etc.  We'll be starting an program branch in Bountiful when we receive enough enrollment in the class.  We'…
Read more