Another Palette for the Compositional Process: Register and Chord Spacing

December 31, 2013
With the Missal Suite and other works, I've been exploring the possibilities presented in composing by changing the register of melody and harmony and in spacing of the chords.  In the overture of my Missal Suite, I explored a little of the possibilities of the register by having the melody in a lower register at the beginning and raising it to a higher register later on.  I also used some register techniques in my piano sonata. 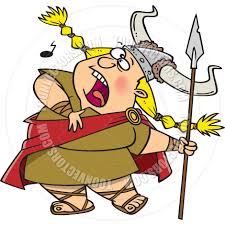 So what does "register" refer to?  Register is where on an instrument or with a voice something lies on the staff.  When we say "upper register" we are referring to the higher reaches of the instrument or voices capabilities, and "lower register" the lower reaches.  By changing the octave of where something lies, we can change the feeling and color of it.  Here's an example from my piano sonata:

In the opening section, I introduce the melody in one octave.  After the initial introduction, instead of playing the same theme again in the same octave, I moved it up to add a certain shimmer to it.  Not only that, but I moved the accompaniment up as well to keep the overall spacing of the chords and the feeling, and it also creates some tension and anxiousness.  Lastly, the ending section I introduce and then drop down an octave to give an overall arching effect so that it feels as if it has climbed and then fell.  I wanted this movement to feel like despair, like sorrow, and I felt that the raising and dropping was a great way to get that feeling.

After having explored the themes in the development section of the movement, I reintroduce the main theme at the end, but with greater spacing in the chords.  While the right hand stays in the same register, the left hand gets doubled an octave lower to create a heavier and weightier feeling, so that it feels the despair has reached its ultimate climax.  This finishes with the descending figure at the end.  Here it is:


So what are some feelings we can create by changing the register and the spacing?  Let's take our "Mary Had a Little Lamb" from before and play around with it.  )Just as a quick note:  these examples are done without regard to whether these examples could be played on the piano.  My main aim is to show the sound of things rather to make working pieces to be played.  That being said, you may see some things here you can't really play on piano either without adjustments or at all)


So, what happens if we take the whole thing up an octave?

What about lowering it an octave?

Notice how the lowering of the whole thing creates a more dark and rich texture to the song?  It makes it feel a little heavier.

So, what about spacing of the chords?  I'm going to lower the left hand while keeping the melody the same octave:

While the heavy feeling is still there, there isn't quite as much of the heaviness, and it ends up feeling maybe more majestic.  (Just so you know, the tenor voice in this was left where it was originally at because it sounds better that way.  A general rule is that it is good to keep the upper voices close together.  Remember, though, that the ultimate goal is the overall sound:  if it sounds better to you to lower everything except the Soprano:  go for it!  You know what you want from your piece, and far be it from me or anyone else to tell  you how things "have to be."  Ignoring rules when you have some aim in mind for your sound is how we get progress in music!)

One more example:  what happens when we close the gap on the spacing and make the melody and harmony closer together?

Bringing the left  hand up an octave has almost the opposite effect of what lowering it did:  this example, instead of sounding majestic, sounds almost more childlike and innocent in nature.


While this example was focused on an example with piano, there are even more complexities to deal with when using instruments.  Piano has the same basic sound across the whole spectrum of the instrument. This is not the case with other instruments.  For example, woodwinds have varying colors in different registers.  The oboe can be sweet and melodious in an upper register, and darker and more nasal in the lower.  The flute can be bright and penetrating in an upper register, and solemn and mysterious in a lower register.  If you have a cello play in a high register, you can get a very different sound from having the viola playing in the same octave.  (I utilized this difference also in my Missal Suite)

In conclusion, the register and chord spacing on instruments can have a big impact on the sound you want to produce.  While you can play around with these sounds, make sure that when you are composing, do things with a purpose behind them, whether that purpose is as specific as "I want this to show anguish more effectively," or as general as, "this will sound better this way."
Composition How to write music